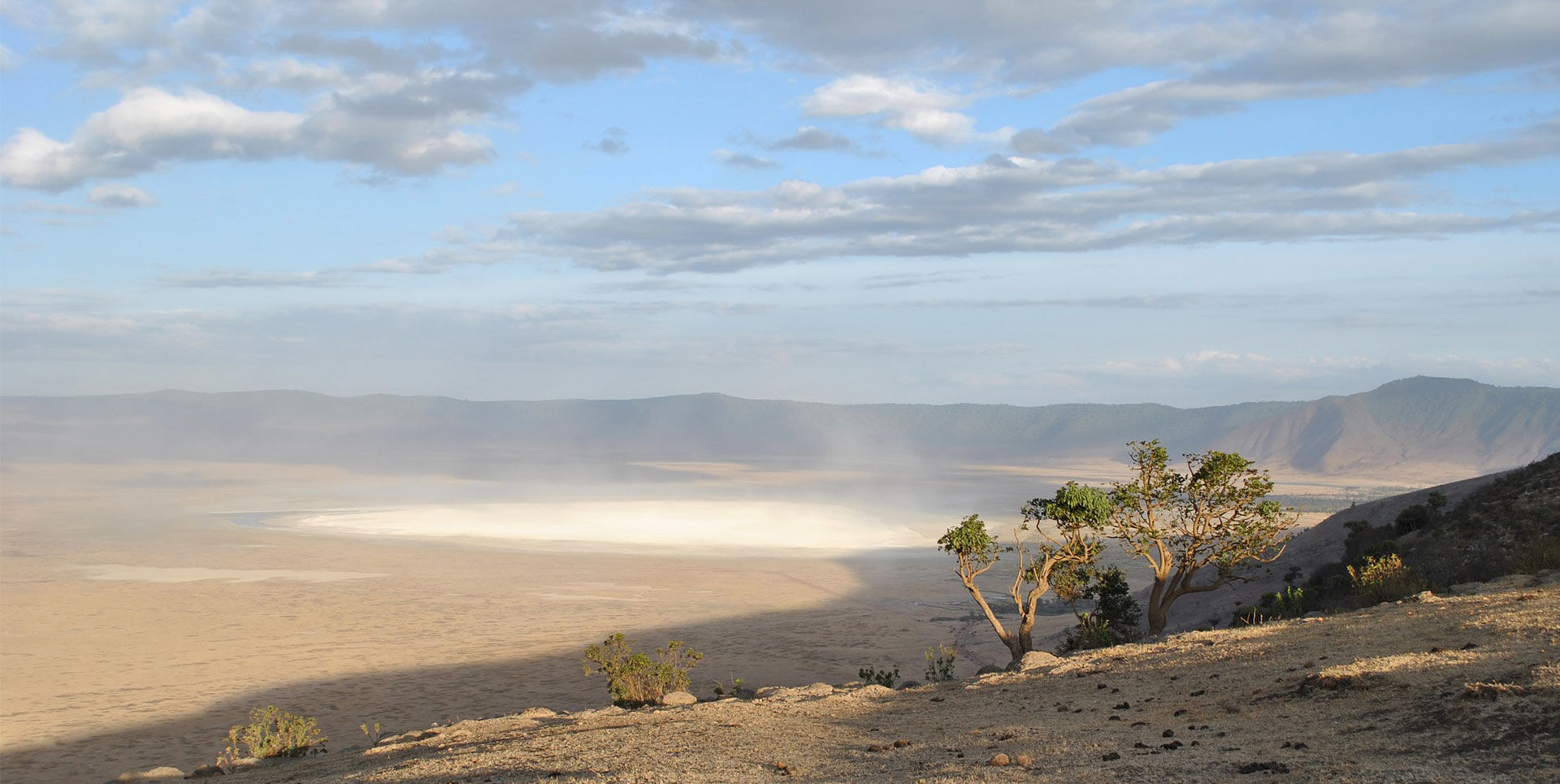 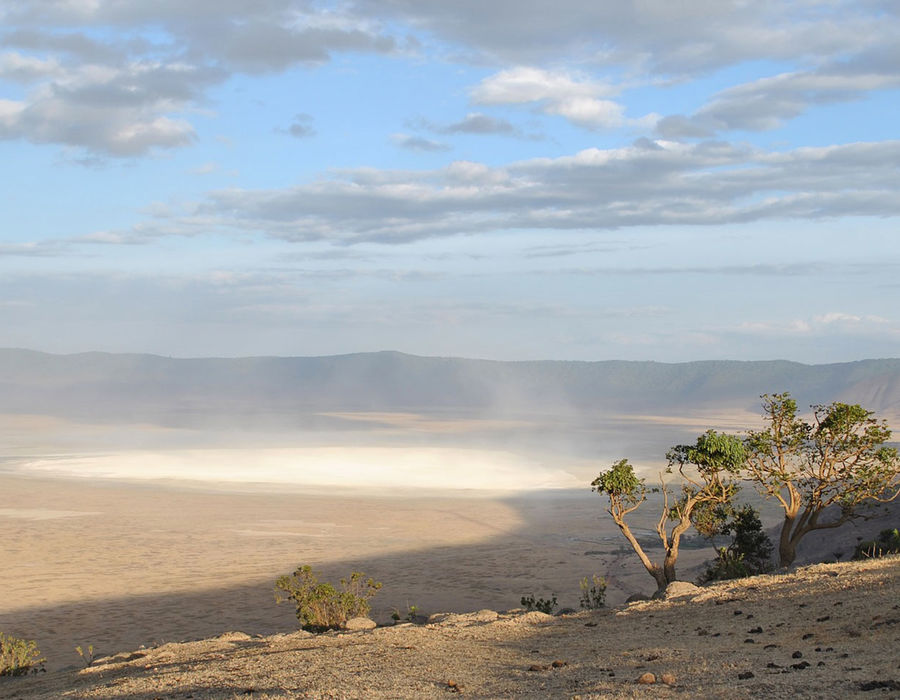 Discover East Africa’s magnificent wildlife sanctuaries and game parks, amazing cultures and spectacular landscapes in our brand new “Classic Signature” combining Kenya & Tanzania in single itinerary. Book this trip and save plenty of time as you fly between the various locations allowing you to spend more time in wildlife parks, game viewing or relaxing in your delightful tented accommodation. This amazing trip is designed to enable you to explore East Africa’s most stunning wilderness areas and some of nature’s greatest wildlife spectacles in style. Classic Signature guarantees game viewing at its best with accommodation in exquisite camps and lodges that are uniquely designed to blend the opulence of African wildlife with sumptuous luxury only associated with a truly memory making holiday. 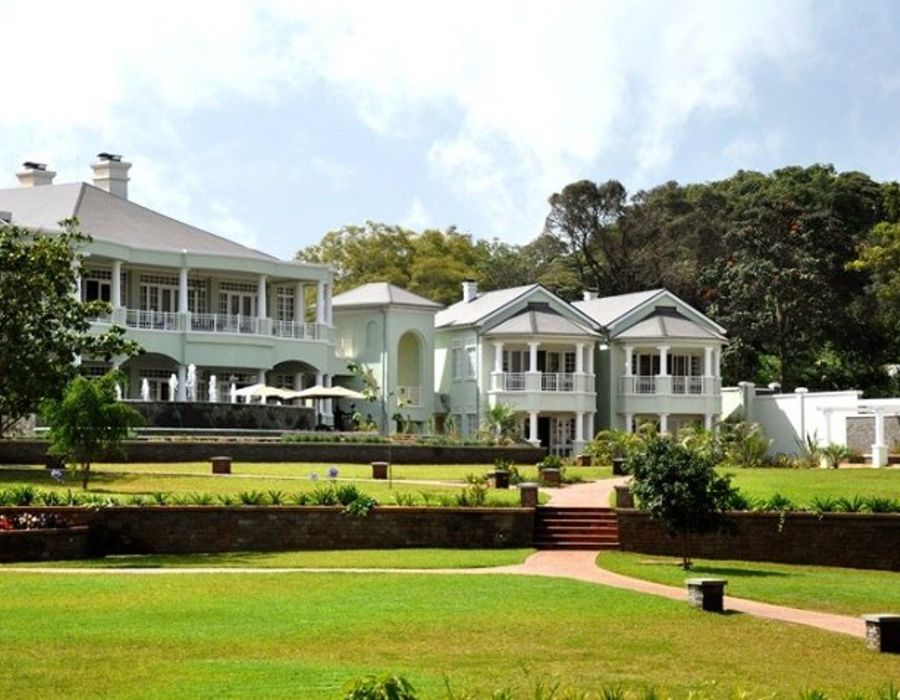 Met upon arrival at Jomo Kenyatta International Airport (JKIA) Nairobi. Private transfer to Hemingways Hotel Nairobi for arrival refreshments and check in to your luxurious room. Hemingways is located South West of Nairobi in the quiet surburb of Karen in the outskirts of city. Its generally believed that the suburb was named after Karen Blixen, the Danish author of Out of Africa.
This 5 star luxury boutique is considered to be one of the finest hotels in Africa. Staff at Hemingways comprise of a dedicated team of hotel and hospitality professionals who all have the same vision, to be the best luxury hotel in Africa. Its set between Nairobi National Park and the foot of the Ngong Hills. In addition to its urban core, the City of Nairobi boasts of Nairobi National Park which is a large game reserve known for breeding endangered black rhinos and home to giraffes, zebras and lions. Next to it is a well-regarded elephant orphanage managed by the David Sheldrick Wildlife Trust. Among other popular destinations frequented by visitors in Nairobi include Karen Blixen Museum, Giraffe Centre, Kazuri Beads Factory, Utamaduni Crafts and The National Museum.

Breakfast and transfer to Wilson Airport for scheduled one hour flight to Amboseli National Park at the foot of Mount Kilimanjaro, Africa’s highest mountain. At Amboseli Airstrip, you will be met by your safari guide and with a short game drive on the way, you will be driven to Tortilis Camp for check into your luxurious tent. Tortilis Camp is located in a private conservancy overlooking down onto the Amboseli National Park in one direction and up to Mount Kilimanjaro in the other direction giving clients what is arguably the best location of any camp in Amboseli. Enjoy lunch and whole afternoon game drive in the conservancy. Tortilis Camp boasts of a prime location for witnessing the majesty of Africa’s highest mountain, Kilimanjaro. The camp is named after the flat-topped umbrella thorn tree, the Acacia Tortilis and embraces a hill in one of Amboseli’s areas of Acacia Tortilis woodland. Located in a private conservancy bordering the national park, game drives, nature walks, sundowners and bush meals take place both inside the national park and in the conservancy enabling guests to enjoy in exclusivity.

Whole day game drive with picnic lunch in Amboseli which is truly an amazing park. With grasslands crossing Kenya and Tanzania border, this park is a popular choice to get close to free-ranging elephants.
Huge herds of elephants with their giant tusks roam freely through the swampy areas. Amboseli is also famous for dramatic views of Mount Kilimanjaro and generally captivating landscapes and it comprises of grove of acacia trees and golden savannah plains. Close by are a series of emerald green swamps which are fed by the melting snows of Kilimanjaro providing sources of water to huge numbers of wallowing elephant, hippo, buffalo and plains game. Its patchwork of dusty plains and marshlands forms the heart of a wide ecosystem covering the surrounding Maasai lands. In the rainy season, wildlife can be seen roaming around this vast ecosystem beyond Amboseli National Park. In dry season most wildlife tends to concentrate in the park. Large herbivores such as elephants, wildebeests, zebra and gazelle are easily spotted. Predators such as lions, cheetahs and hyenas are also regularly seen during morning and afternoon game drives.

After breakfast, depart Amboseli Game Reserve on a scheduled flight direct to Maasai Mara Game Reserve. Met upon arrival at OL Kiombo Airstrip by your driver guide and enjoy a short game drive on the way to Kichwa Tembo Tented Camp for check in to your tent. Iconic Kichwa Tembo is situated on the western border of the game rich Maasai Mara National Reserve in a private concession. In addition to the excellent year round concentration of wildlife, access to the private conservancy allows for bush walks, night drives, bush dining and sundowners. The camp is set overlooking on to the open plains of the Maasai Mara, the most outstanding game sanctuary in Kenya and home to the most plentiful and diverse wildlife. Kichwa Tembo is situated on the edge of the Oloololo escarpment where a riverine forest and the vast plains meet, providing an authentic African wildlife all year round with the Great Migration being witnessed just outside the camp. Accommodation comprises of tastefully designed luxury tents set within the forest away from central amenities, making them favourite for those looking for privacy and tranquility in the wilderness.

Whole day game drive in Maasai Mara Game Reserve which is a magnificent landscape of open plains bisected by the Mara River and its tributaries and punctuated by marshes and forests. The park is renowned for its huge population of lions and is home to all the “big five” and supports the highest density of wildlife to be seen anywhere. It is the most famous safari destination in Kenya and here, you will easily see lions, rhinos, hippos, crocodiles, giraffe, wildebeests, zebras, buffalo, warthogs, hyenas, jackals, wild dogs, leopard, antelopes and elephant. Visit Mara River where thousands of wildebeest and zebra are attacked by crocodiles as they attempt to cross this mighty river during the annual "Great Migration" between Tanzania and Kenya. The migration is today one of the natural world’s most astonishing phenomena. Each year nearly two million wildebeest and accompanying large numbers of zebra, and smaller numbers of Grant's gazelle, Impala and Thompson's gazelle trek from the Serengeti to the Maasai Mara and back again in search of fresh grazing. Following on their heels are the predators of the savannah, lion, cheetah, wild dog, jackal and hyena. Viewing these vast herds on the move is always unforgettable sight.

Breakfast and transfer to the airstrip to board your scheduled flight to Migori at the border of Kenya & Tanzania. After Customs & Immigration formalities at Isebania Border Post, proceed on with your journey and board another scheduled flight to Serengeti National Park. On arrival at the airstrip, you will be met by your hosts in the camp’s 4×4 safari vehicle and transferred to Nimali Serengeti Camp. Nimali Serengeti is set in the heart of the Serengeti plains and is part of the Serengeti/Mara ecosystem. Built close to Makoma Hill, this luxury tented camp is hidden away offering a sense of seclusion in this part of the Serengeti. With breathtaking views over the hills and plains and perfectly situated on the path of the renowned migratory route, it is a place where you can expect the unexpected. The Makoma Hill area is well known for its vast herds of buffalo and elephants, giraffe and of course many predators including lions, cheetahs and hyenas. Numerous small hills and kopjes dot the landscape where lions are often found, warming themselves on the smooth surface of the rocks.
After lunch, it’s time for classic game viewing in the Serengeti using the camp's 4x4 safari vehicle, later returning back before sunset for dinner.

Today enjoy game drives in the Serengeti which is internationally renowned as one of the most famous wildlife areas in the world and home to incredible herds of wildebeest and other grazing animals. Serengeti in Maasai language means “endless plains". Located in north west of Tanzania, Serengeti is the ultimate ‘wildlife show’ on earth and best known for its unequalled natural beauty and diverse wildlife. It supports a magnificent diversity and abundance of animals from the Big 5: lion, leopard, elephant, buffalo and black rhino to giraffe, impala, kongoni, topi and eland. Serengeti’s unique combination of diverse habitats enables it to support more than 30 species of large herbivores and nearly 500 species of birds. Its landscape originally formed by volcanic activity has been sculptured by the concerted action of wind, rain and sun. It now varies from open grass plains in the south, savannah with scattered acacia trees in the centre, hilly wooded grassland in the north to extensive woodland and black clay plains to the west. Small rivers, lakes and swamps are scattered throughout and it's particularly famous for its predators that include lion, cheetah and leopard and others such as serval cats, wild dogs, jackals and spotted hyenas.

After breakfast, check out and transfer to Seronera Airstrip to board your scheduled flight to Manyara Airstrip which serves safari camps located within Ngorongoro Conservation Area. Met at the airstrip and proceed to Lake Manyara National Park for whole afternoon game drive with picnic lunch. Lake Manyara National Park is set between the Rift Valley's western escarpment and the shallow alkaline waters of Lake Manyara and is perhaps best known for its flamingos, pelicans and cormorants and is home to over 400 other species of birds. Mammals in the park include the famous tree-climbing lions, wildebeests, zebras, bushbucks, waterbucks, hippos, giraffes, leopards, baboons and troops of noisy blue monkeys. After game viewing, drive to Sanctuary Ngorongoro Camp for your overnight stay. Sanctuary Ngorongoro is set in a delightful ancient acacia forest on the rim of Ngorongoro Crater and offers superb accommodation in spacious canvas tents ensuring intimacy in pristine forest environment. The camp is located right on the crater rim valley close to the access road into the crater giving guests unrivaled access to the crater floor.

Awake before the crack of dawn for continental breakfast before driving down to the Ngorongoro Crater floor for whole morning game drive. The crater is the best place in Tanzania to see all the "Big 5"and is one of the world’s most astonishing and renowned natural wonders. Ngorongoro is home to a large assortment of animals including zebra, buffalo, warthog, wildebeest, hippo and elephants; and an amazing population of predators such as lions, hyenas, jackals, cheetahs and the elusive leopard. After lunch, drive to Arusha arriving late afternoon. You will be dropped in Arusha or transferred to Kilimanjaro International Airport (JRO) to board your departure flight back home. What about adding few days in the Spice Island of Zanzibar for a much deserved beach escape to enjoy uninterrupted sunshine, indulge in barefoot luxury in the azure, crystal clear warm waters of the Indian Ocean? We work very closely with some of the finest beach resorts in Zanzibar. You will be amazed to hear about our negotiated and heavily discounted rates with "no surprises" on check out. Take advantage of this business partnership and enjoy special offers tailored to your unique needs that include free airport transfers and complimentary room upgrades.