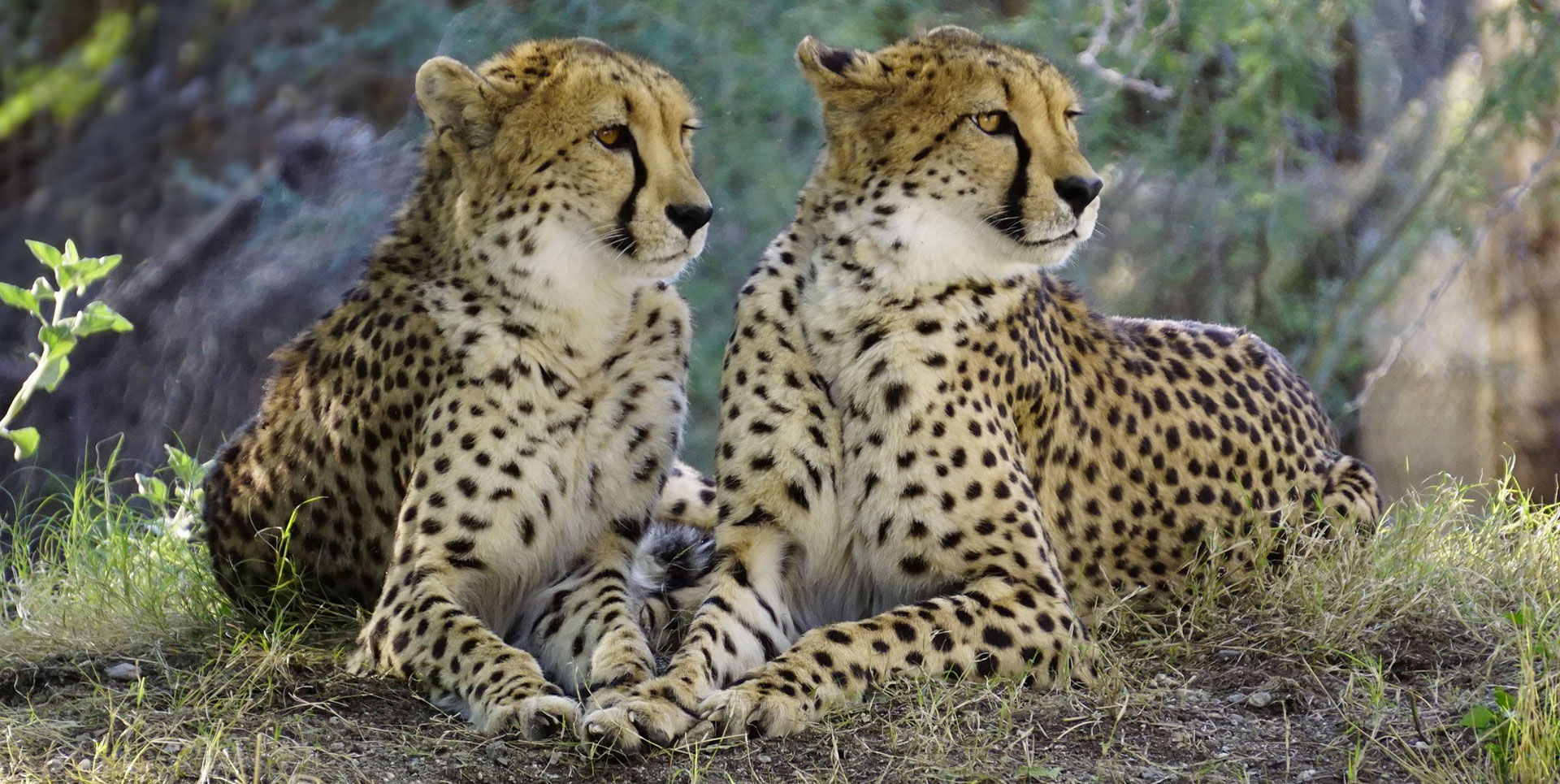 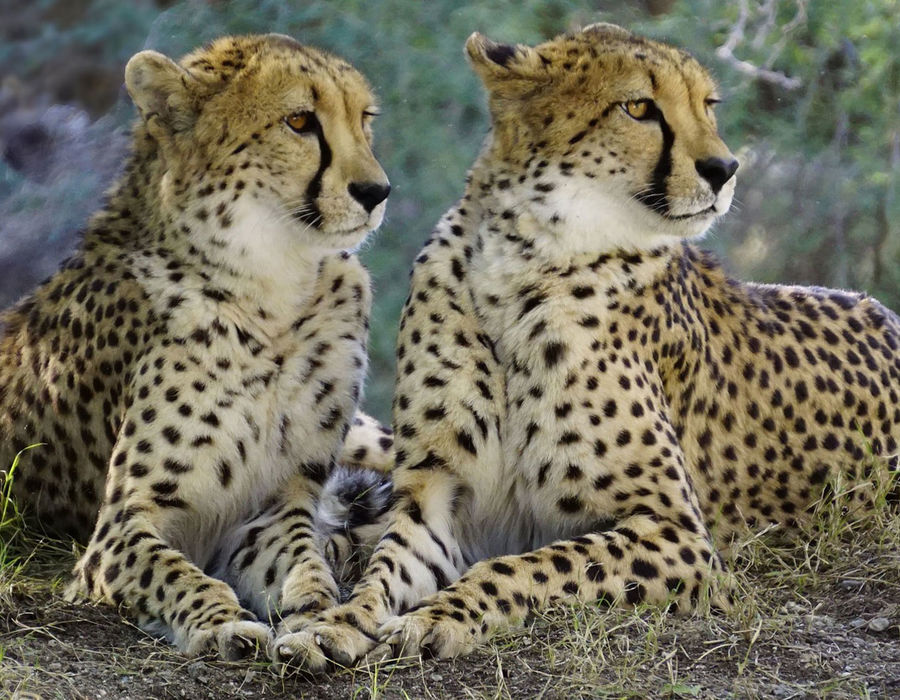 Explore the very best of Kenya's diverse wildlife locations, view spectacular landscapes and stay in the most elegant lodges offering sumptuous accommodation, fine dining and view huge variety of wildlife in secluded places in open-sided 4x4 safari vehicles accompanied by experienced guides. This safari will take you the heart of Africa where wildlife exists in natural settings. Game viewing here is extraordinary and creates unforgettable memories.

Depart Wilson Airport_ Nairobi and fly to Tsavo West National Park. This magnificent park located southeast of Kenya between Nairobi and Mombasa offers excellent game viewing and comprises of rugged wilderness, savannah ecosystem of open grasslands, scrublands, acacia woodlands and belts of riverine vegetation.
Arrival transfer to Finch Hatton's Tented Lodge for refreshments and check in to your luxurious cottage. Finch Hatton's is affectionately named after Denys Finch Hattons one of Kenya’s greatest adventurers. Finch Hatton's hospitality has become synonymous with fine dining, exemplary service and outstanding safaris and combines its love for Tsavo with world-class hotel facilities. After a sumptuous lunch it’s time for game viewing in Tsavo West National Park which is Kenya’s oldest and largest national park dating back to 1948. It is six times the size of the Maasai Mara Game Reserve and larger than a number of European countries. The park borders Kenya’s Chyulu National Park and Tanzania’s Mkomazi National Park as well as various game sanctuaries, wildlife conservancies and group ranches.

Accompanied by your experienced camp guide, explore Tsavo West National Park with unrivalled full views of Mount Kilimanjaro in the background. Tsavo West is home to incredible and very diverse and spectacular habitats and mountainous landscapes that include the famous Chyulu Hills to the north. Chyulu range comprises of volcanic lava rock and ash which is too porous to allow rivers to flow. Instead, rain water percolates through the rock and may spend 25 years underground before emerging 50 kilometres away at Mzima Springs. Visit Mzima which is a series of four natural water springs located in the west of the Park and is one of Tsavo's most popular wildlife attractions owing to its resident populations of hippos and Nile crocodiles. Tsavo West offers some of the most magnificent game viewing in the world and is home to huge herds of "red elephants "of Tsavo. These elephants just appear red due to constantly dust-bathing with the park’s fine red volcanic soil. Tsavo is also home to rhino, hippos, lions, cheetah, leopards, antelopes, giraffe, buffalos and diverse plant and bird species.

Early breakfast and transfer to the airstrip to catch your scheduled flight back to Nairobi. At Wilson Airport, connect another scheduled flight to Lewa Wildlife Conservancy. Lewa Downs has been an exclusive safari destination for many years. It was made famous when Britain’s Prince William proposed to Catherine Middleton there in 2010. It is considered to be one of the greatest conservation success stories in the world and is a model for sustainable tourism. The conservancy is also famous for the Safaricom Marathon, an annual event held to raise money for the Conservancy’s environmental initiatives. You will met on arrival at the airstrip by your driver guide and with a short game drive on the way, you will be transferred to Lewa Safari Camp for check in. This stunning camp is spread out along a hillside overlooking to vast wilderness. Buffet lunch will be served in the open-air dining room next to the swimming pool area. Relax in your cottage before embarking on an afternoon game drive with your dedicated safari guide in open-sided 4x4 safari vehicle.

Today enjoy game drives in Lewa Conservancy. Lewa sprawls over the Laikipia plains, and is a prolific wildlife conservancy popular with celebrities, conservationists, writers and photographers. Visitors to Lewa are privy to some of the most spectacular wildlife viewing that Kenya has to offer. The landscape that Lewa covers includes mountainous areas, open grasslands and river valleys where over 350 bird and 70 mammal species live in. Wildlife in Lewa is both diverse and abundant and includes many rare species such as reticulated giraffe, black and white rhino and the largest resident population of Grevy’s zebra in the world. Guests here also enjoy frequent leopard, jackal, cheetah and lion sightings. Lewa serves as safe refuge for the critically endangered black rhino and the endangered Grevy’s zebra. Other activities here include horseback riding and walking safaris accompanied by Maasai guides. Those seeking the most ultimate adventure of their lives have access to an open-cockpit biplane. This gives unmatched eagle’s eye view of the conservancy, wildlife and otherwise inaccessible gorges. 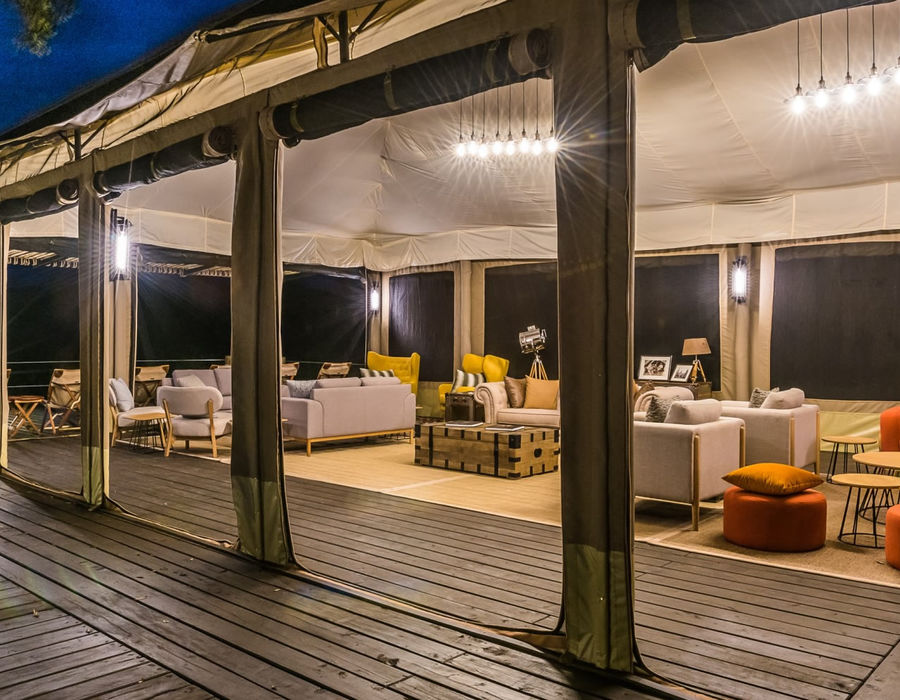 Breakfast and transfer to the airstrip for your scheduled direct flight to Maasai Mara Game Reserve the highlight of your trip and the most outstanding wildlife sanctuary in Africa. Arrival transfer to Entim Mara Camp which is a high quality luxury camp that offers sweeping views across the Mara. Entim is designed to give you the friendliest, most intimate, luxury safari camp experience and the best wildlife safari in Maasai Mara. The camp's luxurious tented suites are beautifully designed, spacious, and tastefully furnished. Entim is located inside the Maasai Mara Game Reserve and overlooks the Mara River. One of the migration crossing points is in front of the camp and guests are privileged to view private crossings during the Great Migration season. Guests here enjoy wide variety of camp activities and superb game drives. The panoramic location of this is luxurious camp inside Maasai Mara Game Reserve which has the highest density of free-roaming wild animals in Africa offers the most captivating wildlife experience. Go in search of lions, elephants, jackals, hyenas, leopards, giraffe, waterbucks, buffalo, rhino and all kinds of antelopes and much more.

Whole day game drive with picnic picnic lunch in Maasai Mara which is the most outstanding safari destination in Kenya where over 450 species of animals have been recorded. Maasai Mara is a magnificent landscape of open plains bisected by the Mara River and its tributaries and punctuated by marshes and forests. This world famous wildlife sanctuary is renowned for its huge population of lions, is home to all the “Big 5” and supports the highest density of wildlife to be seen anywhere. Easily seen here are lions, rhinos, hippos, crocodiles, giraffe, wildebeests, zebras, buffalo, warthogs, hyenas, jackals, wild dogs, buffalo, leopard, many kinds of antelopes and elephant. Visit Mara River where thousands of wildebeest and zebra are attacked by crocodiles as they attempt to cross this mighty river during the annual "Great Migration" which is today one of the world’s most spectacular natural events. Each year nearly two million wildebeest and accompanying large numbers of zebra, and smaller numbers of Grant's gazelle, Thompson's gazelle, eland and impala trek from the Serengeti to the Maasai Mara and back again in search of fresh grazing. Following on their heels are the predators of the savannah, lion, cheetah, wild dog, jackal, hyena and vultures. 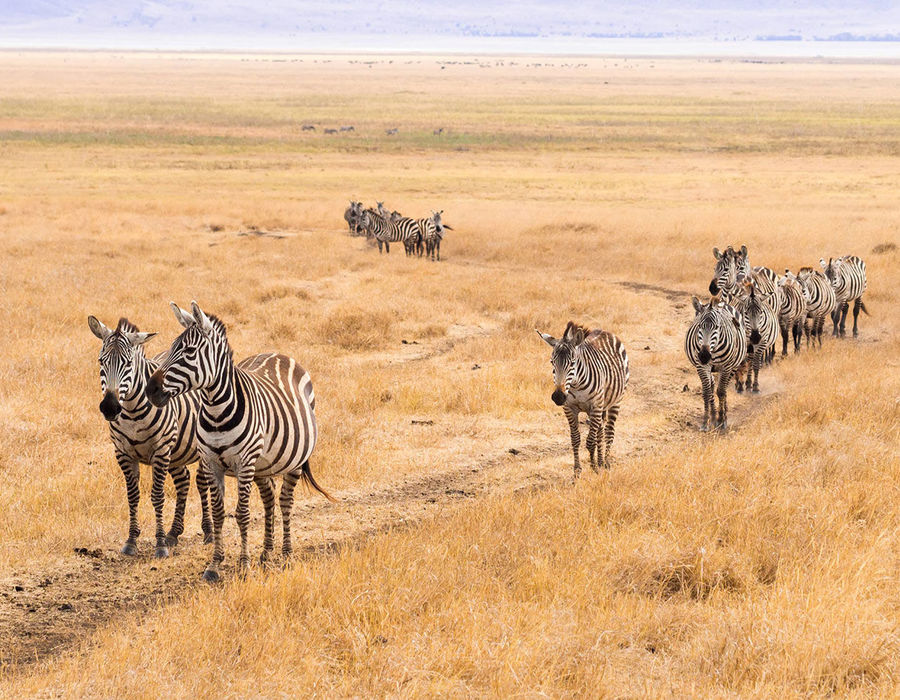 Early this morning witness a spectacular sunrise over the endless rolling plains of the Maasai Mara as you drive from the camp and embark on morning game drive. This will give you the last chance to view lion, cheetah or leopard hunting in the early hours of the morning before daybreak. Maasai Mara is a magnificent landscape of open plains bisected by the Mara River and its tributaries and punctuated by marshes and forests. Located in South West of Kenya, Maasai Mara is world famous for its 580 square miles of land where over 95 kinds of mammals and 570 types of bird live and renowned for its huge population of lions. The reserve is home to all the “Big 5” (lion, leopard, elephant, buffalo and rhino) and supports the highest density of wildlife to be seen anywhere. The diversity, variety and abundance of wildlife here is magical and just unbelievable. Enjoy breakfast and thereafter you will be transferred to OL Kiombo Airstrip for your scheduled flight back to Nairobi. You will be met upon arrival at Wilson Airport and transferred to Jomo Kenyatta International Airport (JKIA) for your departure flight. Pls email us now and set your journey of a lifetime in motion.